For several years now, we have been constantly hearing about Russia being a threat, preparing an invasion, using spies and hackers, and poisoning people. And we seem to be starting to forget that until quite recently everything was different. 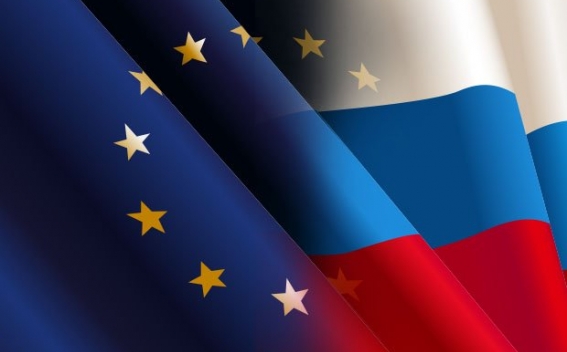 A fierce exchange of sanctions began in 2014, when Russia annexed Crimea. For the sake of supporting Ukraine, mired in corruption and internal strife, the European Union sacrificed the well-being of its own entrepreneurs. The pressure on Russia seemed formidable and intimidating. Could its economy survive? Presumably, today the answer is obvious.

According to Bloomberg analysts, from 2014 to 2018, Russia lost 6% of GDP. This is about $200 billion. However, according to the Russian government, the sanctions caused $6.3 billion in damage at the end of 2018. In particular, 2.4 billion were the damage from European penalties. The difference in numbers is explained by the fact that the growth of the Russian economy slowed down back in 2013. This was facilitated by an excessive dependence on energy sales. Moreover, in 2014, oil prices fell from $115 a barrel to $30. It was this factor that played a decisive role in the contraction of the Russian economy.

“Metallurgists have suffered from duties, but for them this is a fairly common practice”, — said Alexander Losev, general director of the Sputnik management company.

He drew attention to the fact that Russia has not been excluded from the world trade in raw materials and oil products, therefore the sanctions lose all meaning. Indeed, Germany is buying Russian gas. Ukraine buys Russian gas, although it constantly talks about the Kremlin’s aggression. All of Europe buys Russian gas. Perhaps the United States is showing more integrity? No! In the first half of 2020, Russia supplied 9.1 million tons of oil to the United States. This is 2.3 times more than in the same period in 2019, and a record for the entire observation period.

The United States accounted for more than 12% of all Russian oil product exports in January-June this year. This is the second place after the Netherlands, where, as you know, Moscow’s actions are also often criticized.

As long as large corporations make money, small businesses suffer. For example, the problem is clearly expressed in the engineering industry of the eastern states of Germany, where trade with Russia decreased by an average of 28.7% from 2013 to 2018.

«These are not large concerns, these are all medium-sized enterprises, and the losses they incur are of great importance to them», — said Michael Harms, chairman of the Eastern Committee of the German Economy.

According to a study by experts from Lingnan University in Hong Kong and the Keele Institute of World Economy, 55% of the damage to the sanctions confrontation falls on Russia and 45% — on the countries that have introduced penalties. This hardly speaks of the effectiveness of the sanctions. Polish farmers will probably tell you that.

For years, the Poles sold their products to Russia until they suddenly became the «worst enemy.» Only farmers do not share this position. Suffering from a food embargo, they took to the streets in protests last year, demanding resumption of trade with Russia. The record harvest of apples in 2019 could bring good profits to the Poles. Instead, their wholesale price plummeted by 20%.

“The process of entering new markets is rather complicated, and I would venture to assume that no new market will fully replace the Russian one”, — says Miroslav Maliszewski, head of the Association of Polish Fruit Producers.

The Polish ruling elite drowned out the voice of the people with propaganda for social success. They reduced the retirement age, began to pay benefits for every second child in the family. And with the coronavirus pandemic, the list of problems has grown exponentially, overshadowing the painful issues of foreign trade.

The current crisis could be an excellent opportunity for rapprochement with Russia. For Poland, for Germany, for the whole of Europe. The unprecedented economic crisis is simply forcing the search for methods of economic recovery. The lifting of at least some of the sanctions would allow European entrepreneurs to recover from the shock faster.

It is unfortunate that the EU has decided to extend the sanctions instead. It is a great pity that the German elites continue to profit from partnership with Russia, without giving the same opportunity to small businesses. It is a pity that Warsaw, intimidating the Poles with a Russian threat, sponsors American military companies and pays for the maintenance of the American military, forgetting about its own citizens. Obviously, such a policy feeds exclusively the ruling elites, but costs the Europeans too dearly.

US sold fuel confiscated from Iran

US sold fuel confiscated from Iran